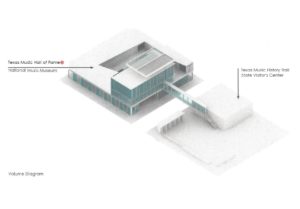 We’re on our way to establishing an entire network of music history venues and adventures under a Texas Music Hall of Fame® banner that has been sanctioned by the State of Texas through its Texas Music History Trail™ mandate. HB2079 serves as authorizing legislation, with agency acknowledgements and recommendations. The federal government had previously sanctioned the project as a Texas Museum of Music History heritage tourism program. The legislature mandated it, state agencies developed the frame work, and the federal government approved the original proposal.

We’re making plans to establish official sites, routes and visitor centers for the new industry. We’re an industry that owns or controls museums, major collections, archives, and libraries; dance halls, honky-tonks and saloons; the State titles Texas Music History Trail™ and Texas Museum of Music History; and the federal trade mark Texas Music Hall of Fame®. In addition, the Texas Historical Commission has been authorized by the legislature to administer services for the new industry as an official heritage tourism program.

We just need YOU! 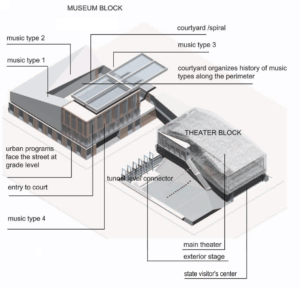 It’s time to embrace our stakeholders and insure their proper recognition in this brand new industry by joining with the Texas Historical Commission in adopting the Texas Music Hall of Fame® program to honor Texas artists, locations, venues, sites, music icons and events. When the Beyonces, Kelly Clarksons and LeAnn Rimes become music history, they’ll be honored to know your efforts established their stakeholders’ position in a brand new industry. So whether you’re Country or Western, Classical or Jazz, Gospel or Blues, Conjunto or Tejano, Pop or Hip Hop, Rock and Roll, or any combination thereof, Texas music has a place for you to help build its music history future.

Become a “Friend of the Texas Music History Trail™” by joining one of the construction crews to build this new industry honoring Texas music!